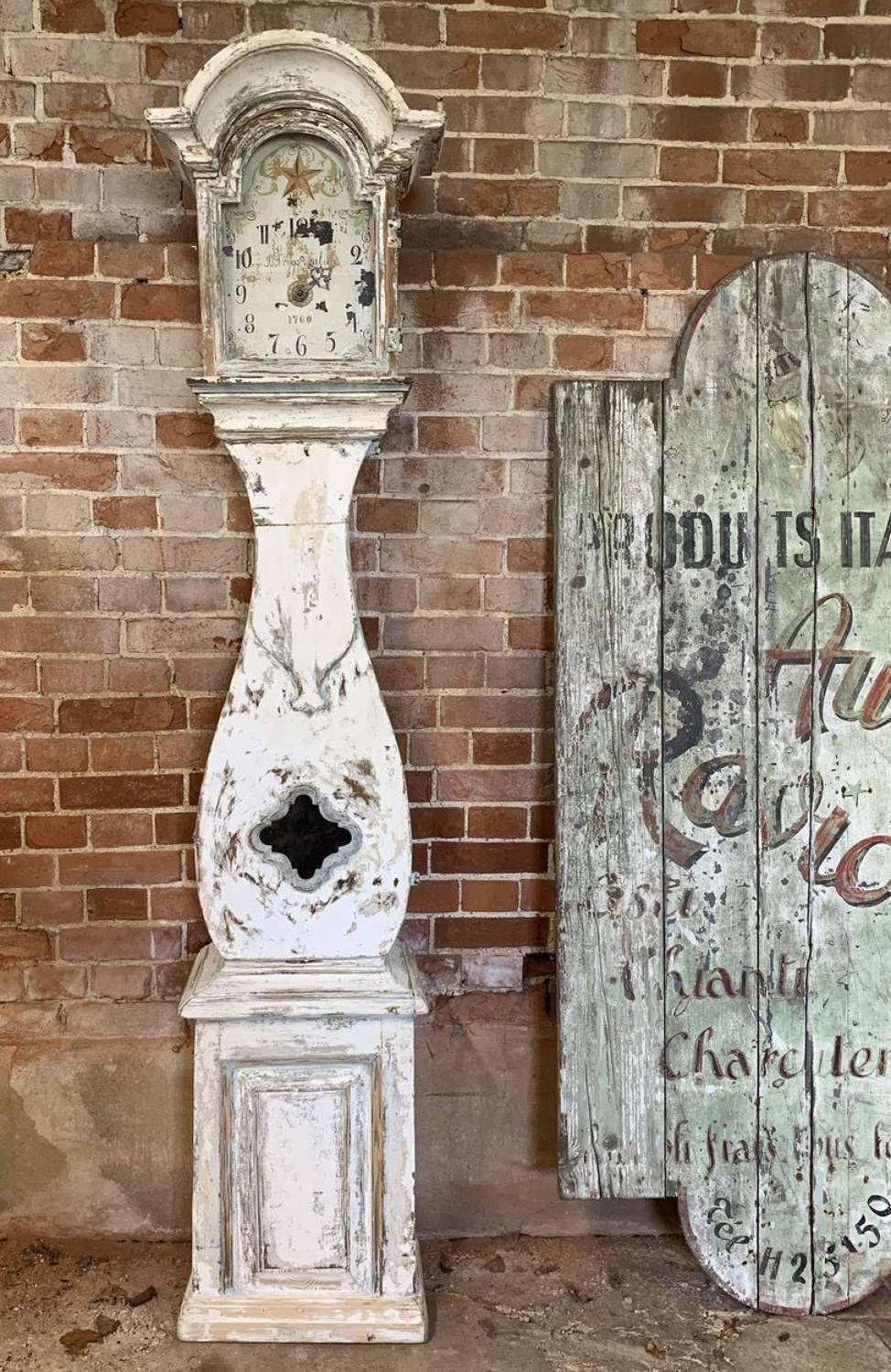 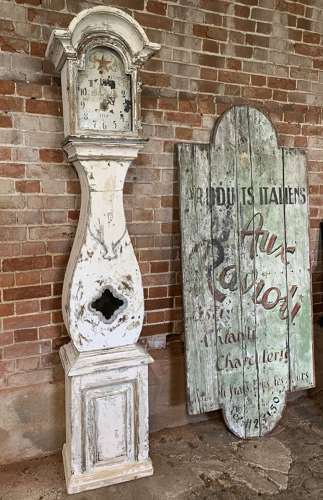 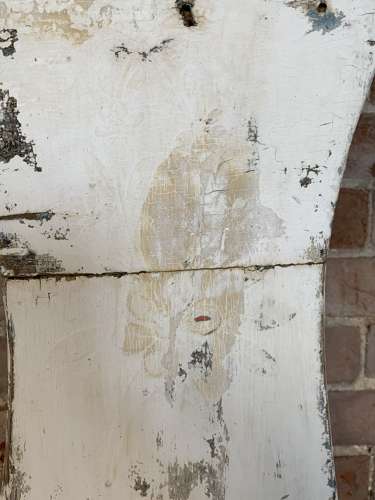 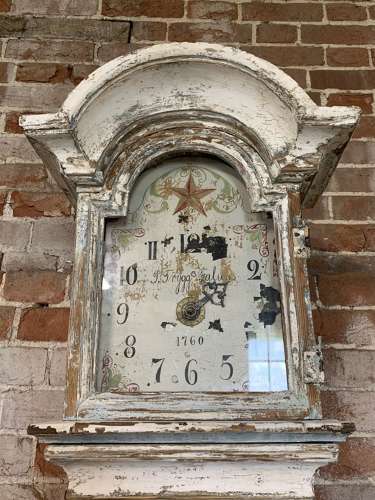 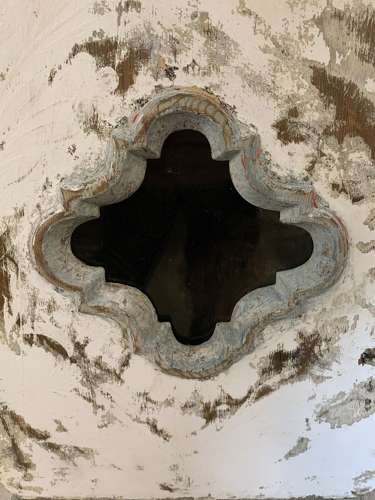 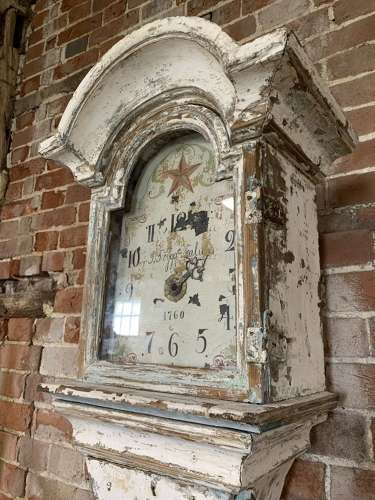 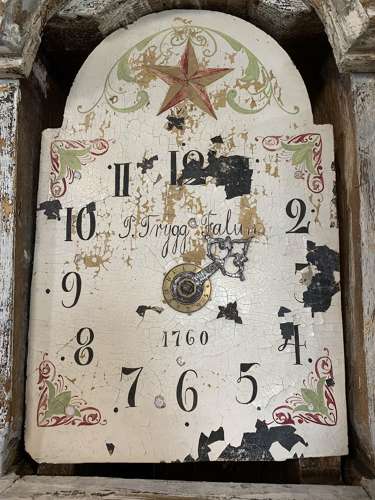 A beautiful late 18th century Swedish Mora longcase clock with painted pine case. Original painted metal face which is signed and dated 1760. It has the earlier rectangular face as the round faces came later. It does have the original mechanism and pendulum and weights but it doesn't work. So is being sold as non running and just as a decorative item.