A beautiful early 20th century lead Putti garden fountain. Standing at 5ft high it is very impressive. The fountain splits into three sections plus the three mythical Dolphins on the base detach. There is a copper pipe going through the center of the fountain so it can be connected to a water supply again. The Dolphins can also spout water as they have a hole in their mouths where a pipe once was. The whole fountain is solid lead so is very heavy. Signs of wear in places as you would expect. Early to mid 20th century. 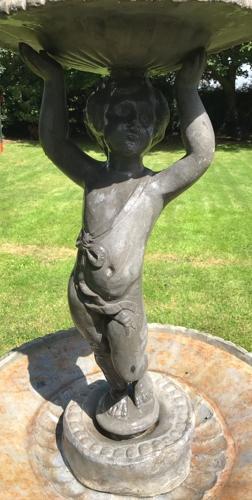 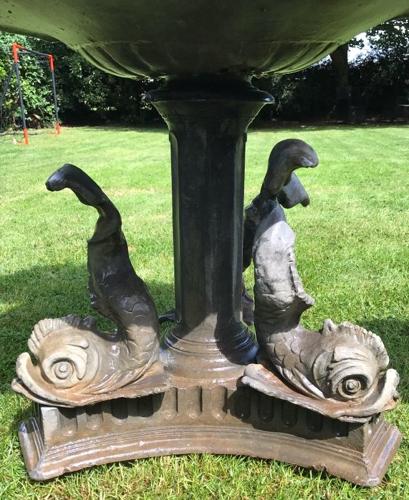